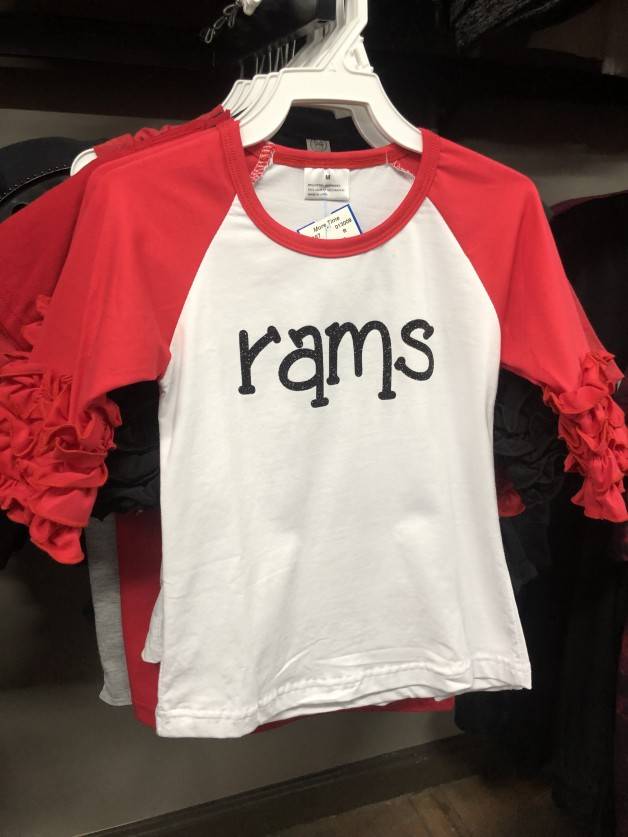 High schools are a treasure trove for decorators. Home to countless sports teams and activity clubs, there are many opportunities to create a variety of garments that will be worn by a lot of people. Jen Badger from ShineOn Designs has found exactly that. Her partnership with a local Activities Booster Club means she’s managed to place continual orders with local high schools and has picked up a lot of helpful advice along the way. We chat to her today about how to best approach high schools, the benefits and challenges involved, and what you might expect from this peppy, high-spirited client.

I imagine working with high schools is a very fruitful opportunity as they have so many clubs! What’s your personal experience printing for high schools?

Well, we have a couple of layers involved, but we mostly work with our local Activities Booster Club. They basically support the sports and activity teams as far as school spirit and providing equipment and things like that. Their role is to raise money for the activities so selling apparel is a really good way for them to do that. We work with a couple of different schools, some of which have a shop set up, either at the school, or as a mobile shop. Our print shop actually has a retail space, so we are the shop for the Booster Club and then they get a cut of what sells here. That's been a great source of income for us — and it also benefits the school!

How did you get into the partnership with the Booster Club?

Initially, I had kids in those activities and being in a small town, I knew a lot of the folks who were volunteering for the Booster Club. So I kind of met with them and said, "Hey, I've got this idea.” We started out doing three big orders a year with maybe twenty-five different items on it. At first, it was just generic school apparel and wasn't sports-specific, meaning it could work for anyone - whether they had a child in music, baseball, or speech. So we did that: one order during registration time in August; one at Christmas time, where we did some more expensive items as it would be given as a gift; and then we did one order in the late Spring with summer apparel items. Now we have the retail space, we constantly change the inventory once something sells, or as we go into a new season. That's how it sort of evolved for us!

What would you say to people who want to steer their business towards the high school market?

One of the things I would say is, take some of your best work or pick some things you do well, and print up some samples to give them. Touching it, feeling it and seeing it: That's a huge thing for them. When [high schools] see something with their school colors and their mascot on it, they're more likely to get excited about it, rather than just when you’re talking about it. That's a great way to open the door, I think.

Who would be the key people to talk to if your town doesn't have a Booster Club?

Most schools, I believe, have an Athletic or Activity Director and that person's job is to essentially oversee all the activities throughout the school. This is someone who is very key as they communicate with all the coaches. They may have seasonal coach meetings or direct email communication, so getting in with them and forming a good relationship is important.

Are there any challenges involved when printing for high schools?

It's kind of easy to get stuck in a rut as you're limited in your creativity - because you have to stick with the school colors and the school mascot. But we've found that means we can think outside the box and be a bit different with our apparel choices. It might be a matter of offering a different hoodie or type of fabric. We also keep track of trends, especially at the college level. If a style of shirt or design is popular at college level, then we find it will usually trickle down into high school level. We always look at what printers are doing for our local college and try to incorporate that in - because we know that the [high school] kids will be seeing it.

Any other parting advice for us?

I think the biggest thing is to include the kids for input in design and apparel. Not only do you want them to like what they're wearing, but it creates school spirit! If they're excited to put on their school colors to help them cheer for their team, or even if it's about giving parents and elementary school kids something to wear too, it helps build an atmosphere. It's amazing how just a t-shirt can do that.