Skip to main content
Growing up in New York, DJ Kinslow has always been surrounded by eclectic fashion statements, inspiring him to kickstart his current apparel business. New York culture and aesthetics have always fed into his practice, allowing him to distinguish what works for a diverse metropolitan city and what appeals to the potential clients around him. In this interview, DJ gives us an insight into the New York fashion scene and how he creates with his city in mind.###
4.3 OZ/SQYD100% combed organic ring-spun cotton 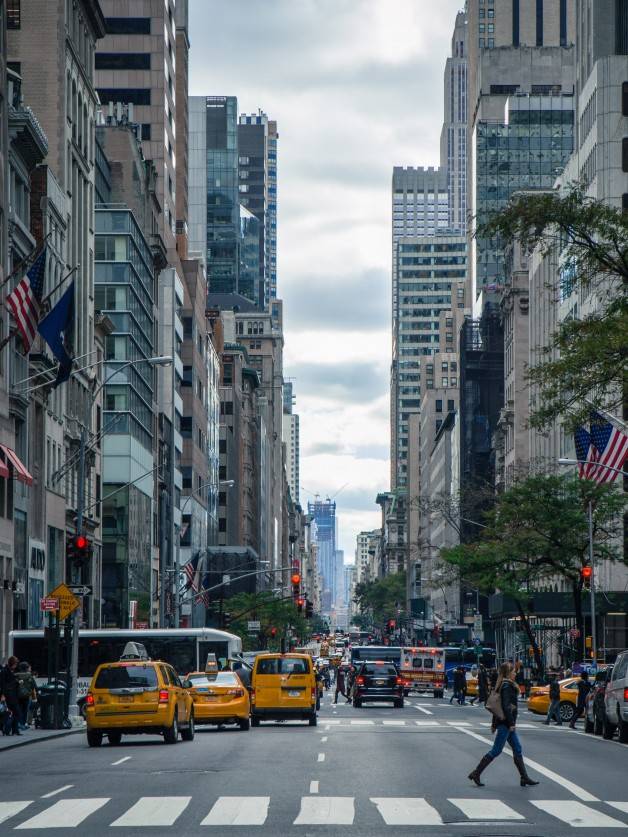 Growing up in New York, DJ Kinslow has always been surrounded by eclectic fashion statements, inspiring him to kickstart his current apparel business. New York culture and aesthetics have always fed into his practice, allowing him to distinguish what works for a diverse metropolitan city and what appeals to the potential clients around him. In this interview, DJ gives us an insight into the New York fashion scene and how he creates with his city in mind.

What would you say defines New York fashion?

The city is just so diverse. Sometimes when you're out in the city, you’ll see somebody wearing something that looks outrageous at first glance, and then you’ll think back and think, “actually, that's kind of cool”, and then boom! — next thing you know, it's a trend. If you walk around the streets of Manhattan, you'll fit right in no matter what you're wearing. I even saw somebody recently who was wearing a plain white shirt with just one sleeve. That's the beauty of New York: every time you step foot in Manhattan, you see somebody wearing something you've never seen before, and chances are, you'll never see again.

I also think — and maybe this is a little bit out there — but you know the New York City corner bodegas? I feel like NYC bodegas have had this bigger impact on New York city culture and fashion than you realize. Because, like, New Yorkers love their bodegas and their bacon-egg-and-cheeses in the morning and when people go to their bodegas in the morning, they'll really throw on anything. Maybe it’s, you know, jean shorts that go up to their waist with an embroidered crew-neck sweatshirt with a hat that's a completely different color. They'll look ridiculous but then it actually looks cool, you know? The whole city is just: wake up, put on anything you want, and 9 times out of 10, somebody is going to look at it and think: “cool fit”.

Are there any ways New York has directly inspired your t-shirt designs?

Walking through Brooklyn, there's a lot of street art, graffiti and painted murals. And when you look at art like that, it really makes you stop and look and think "wow, look at all those colors... this green goes so great with this orange" or, maybe you see two colors that you think don't really go well together and then the next time a customer is asking you what colors look good together, you might think back to the art you see around the city. The art that you're surrounded by in NYC really broadens and opens your mind which I can bring back down to the customer and the people that I work with.

What would you say is currently popular in New York fashion?

There's a lot of nostalgic, vintage styles which are very popular at the moment. Even tie-dye is coming back, which was really popular in the ‘90s. Another thing that's popular is illustrations thrown in the mix with a live photo. Say, for example, that famous photo of The Beatles on Abbey Road? You might have that where their heads are from the photo but everything around them is digitally drawn. That also means that DTG is on the rise because that photo and illustration mix would be impossible with screen printing. DTG is definitely opening the doors for artists and creators to really think outside the box because you're creating with a mindset where you have no limitations, and that kind of remixing can only be done with DTG.

Why do you think t-shirts do so well time and time again in NY and beyond?

Because you can put messages on it. You can get your point across to thousands and thousands of people by just putting it on a shirt. You can't really do that with a pair of jeans or even a hat that's a smaller print and isn't as aggressive. You wear something on a t-shirt and it's a statement. If you put something on a shirt, it will always be a statement.