Skip to main content
Using a variety of different techniques on one garment is becoming more and more popular. People are always seeking new ways to make their shirts look unique, and using mixed media is a fun and creative option. Dawaud from Big Printing has done his fair share of experimentation: From embroidery and appliqué, to remixing fabrics. We speak to him today about what makes an effective mixed media design and how you can achieve one too.###
3.7 Oz/SqYd50% Polyester, 25% Cotton, 25% Rayon 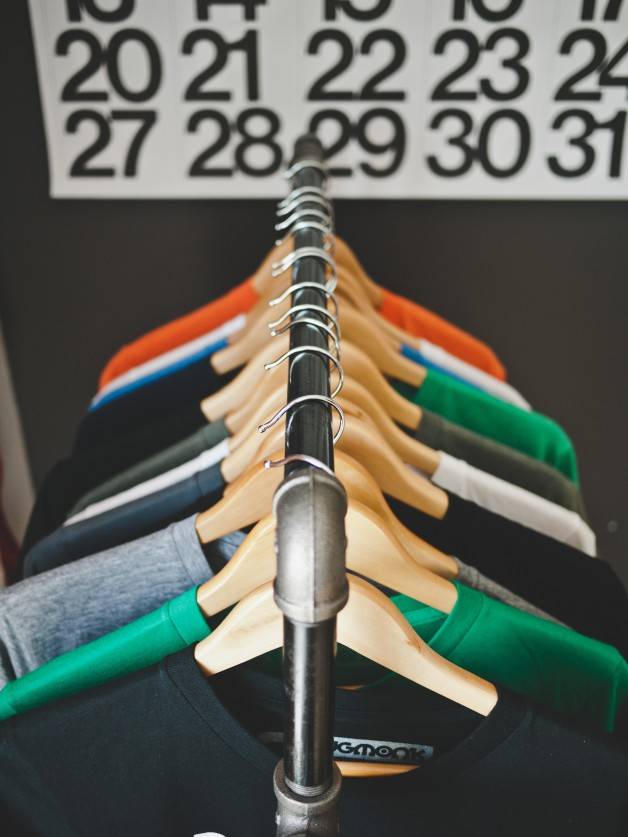 Using a variety of different techniques on one garment is becoming more and more popular. People are always seeking new ways to make their shirts look unique, and using mixed media is a fun and creative option. Dawaud from Big Printing has done his fair share of experimentation: From embroidery and appliqué, to remixing fabrics. We speak to him today about what makes an effective mixed media design and how you can achieve one too.

What kind of mixed media printing have you done before?

My first introduction to mixed media was when we first purchased our embroidery machine. I was like: 'Man, this is going to be dope. We’re going to do screen printing and embroidery... but what if we can put it on the same garment?' And so that's what we ended up doing! Our main combination when it comes to multimedia is screen printing and embroidery. We do both of those techniques in-house. We also incorporate sublimation; we can sublimate some material and make a patch out of it.

Do you have any favorite designs that come to mind?

We did one design for my brand that originally started us, called ‘Big Pimpin' Turf Clothes’. What we did was a screen print of a splatter in the background and then an appliqué on top of it. The appliqué consisted of a few different materials: One was poly-twill, the other was denim, and one part was felt. It came out so good that we entered it into a magazine and it was showcased at the ISS Long Beach Trade Show. We also entered another design for that show for a motorcycle company, which had really intricate artwork. It was two pin-up doll girls, with a motorcycle engine in the background. We thought it would be cool if she actually had on patent leather pants, and leather boots, and if the motor actually had motor materials on it, to represent a real motor. It came out pretty dope.

How do you know not to go overboard with mixing too many techniques together?

It's kind of hard to say as it's on a case-by-case basis and we pride ourselves on that. But if it starts to look corny then we pull it back. We also can't go overboard because you have to balance the fact that we can make one shirt look good, but it also has to be production-friendly. Say, for instance, you need to make one thousand mixed media shirts. You might have fun making one complicated one, but not a thousand. So we keep that in mind.

How is the process different to just working on a DTG print for example?

Well, it's different in regard to the fact you're creating something that's out of the ordinary. I can't just show clients a design; you have to sell them a vision. But when a customer has confidence in you, then it's a little bit easier. It's a good marketing tool as well because mixed media can impress people and give them the trust to let us do regular embroidery or printing. If you can show that you can do an impressive thing, then you’re giving the client that assurance that you can definitely handle the regular stuff.

Do you have any advice for people who want to try their hand at mixed media?

Just go for it! That's it. Go for it. Listen to your vision and listen to your mind. There's going to be a lot of people telling you how it's not worth it, but at the end of the day, it's not for everybody. Only a select few. And so, just believe in your vision and if it doesn’t come out right, just try again. Go to the mall, go to stores, and go online to study different graphics and different clothes. Try to go to as many trade shows as you can to study how other people are doing it. That’s basically how I did it; I just went to the mall and looked at the t-shirts in there and studied them!